States With Religious and Philosophical Exemptions From School Immunization Requirements 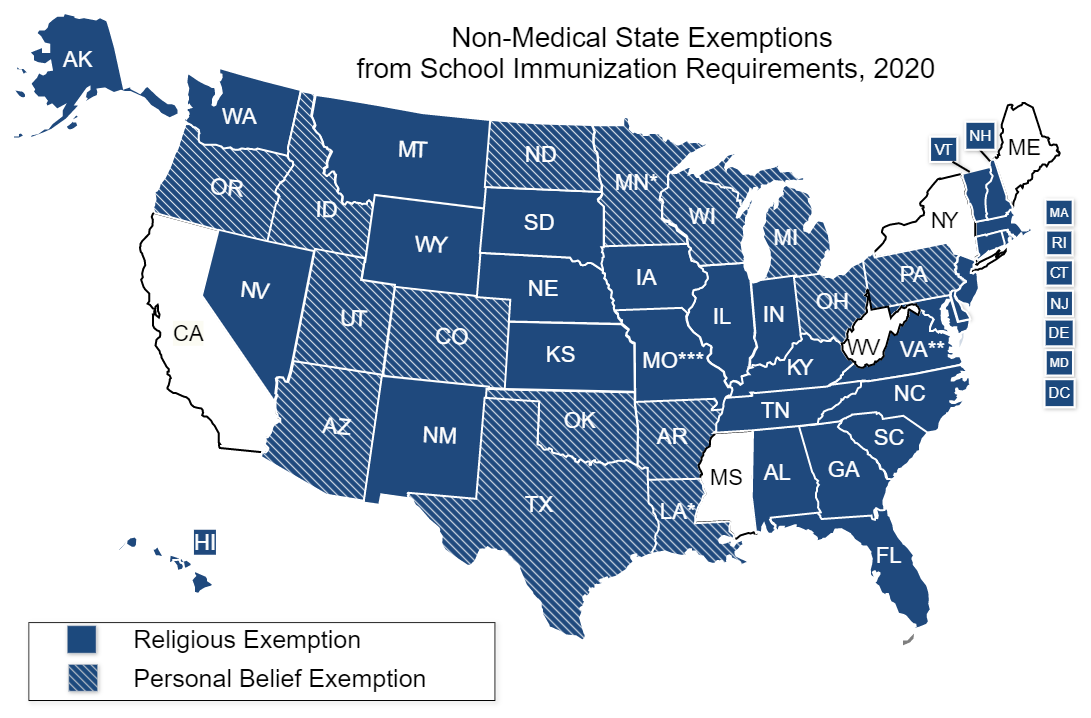 Source: Adapted from the LexisNexis StateNet Database and the Immunization Action Coalition, May 2019.
* The existing statute in Minnesota and Louisiana does not explicitly recognize religion as a reason for claiming an exemption, however, as a practical matter, the non-medical exemption may encompass religious beliefs.

**In Virginia, parents can receive a personal exemption only for the HPV vaccine.

Religious exemption indicates that there is a provision in the statute that allows parents to exempt their children from vaccination if it contradicts their sincere religious beliefs.

Philosophical exemption indicates that the statutory language does not restrict the exemption to purely religious or spiritual beliefs.  For example, Maine allows restrictions based on "moral, philosophical or other personal beliefs," and Minnesota allows objections based on “conscientiously held beliefs of the parent or guardian.”

Note: List may not be comprehensive, but is representative of state laws that exist. NCSL appreciates additions and corrections.